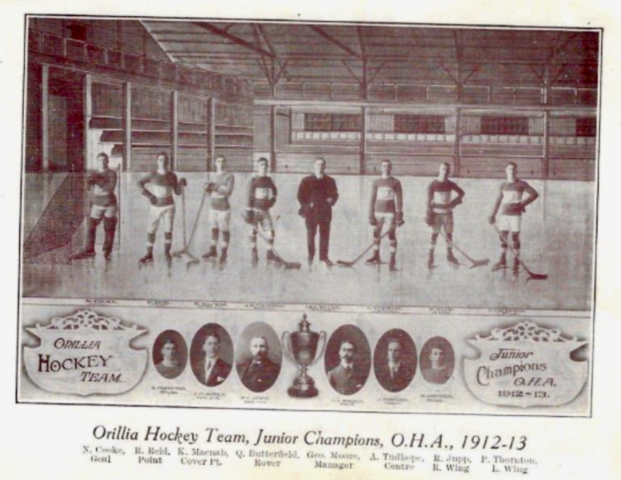 NOTE
The Orillia Hockey Club were O.H.A. junior finalists for the J. Ross Robertson Junior Cup in it's inaugural season of 1910-11 and again for the 1911-12 championship, before winning the championship here for the 1912-13 season and then again champions in 1913-14.

Many of these players listed for World War 1