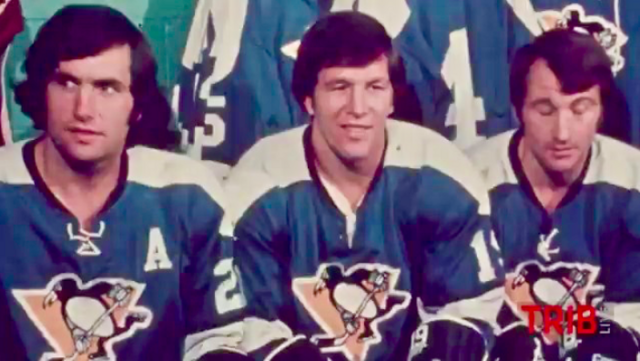 They played on the Penguins during the 1972-73 season, and then put together as a forward line the next season.

Penguins coach Ken Schinkel initially dubbed the trio “The MAP Line”—a play on the first letters of their last names. After they scored 107 goals (132 assists) in the 1973-74 season, team publicist Terry Schiffhauer came up with a bold new nickname........“the Century Line.”

“When Prony got his 50th goal, that was kind of special,” Apps said. “When someone gets 50 goals, that’s a product of a line. We were very proud of that moment. It was his goal but we shared in it. That was special.”

They were also called the “Bicentennial Line,” thanks to those three 200 point seasons.

Lowell MacDonald hurt his knee again, only playing 3 games the next season, and The Century Line was no more.