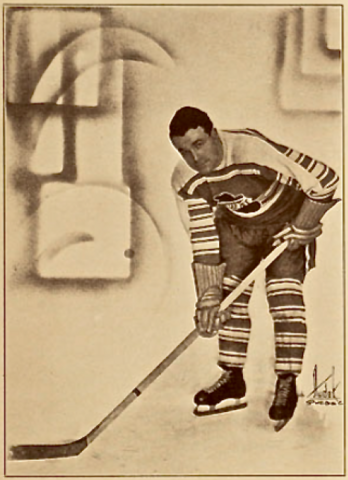 Leduc was then signed as a free agent by the Montreal Canadiens, April 16, 1925, making his NHL debut on November 28 vs the Pittsburgh Pirates at The Forum in a 1-0 Pittsburgh win.
Leduc scored his 1st NHL goal vs Jake Forbes of the New York Americans on December 15, 1925 at Madison Square Garden in a 2-1 Montreal win. He would become known for his physically punishing play, the hard-hitting Leduc was equally renowned for his ability to lead the rush, propelling him to a career high 10 goals in his rookie season in 1925-26.