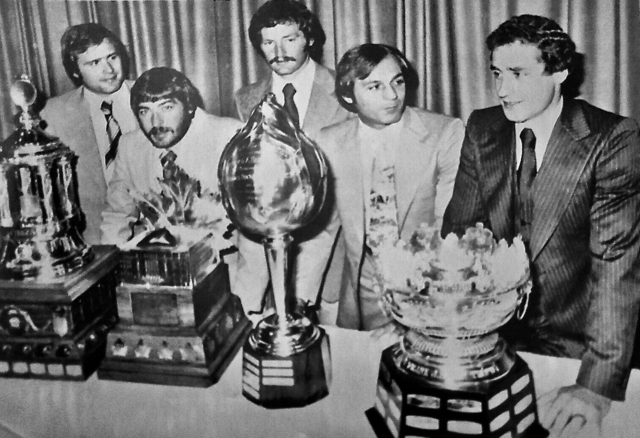 The Montreal Canadiens had just won the 1978 Stanley Cup championship and five of their players were awarded these NHL trophies.