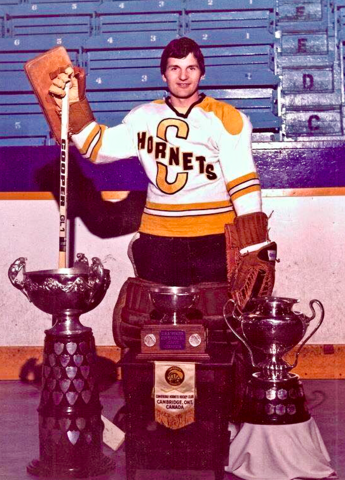 - Allan Cup Champion 1981 with Petrolia Squires. (Tataryn was on loan from Cambridge) and 1983 with Cambridge Hornets.

Tataryn joined the World Hockey Association / WHA Toronto Toros in 1975 on a tryout. "I had a five-game tryout and was picked a star in four of the games," he said. "The biggest thrill of my life came in a game against Winnipeg. I stoned them all night before Bobby Hull scored the winning goal. Afterwards, he sent an autographed Hockey stick over to me. That felt as good as getting my paycheque at the end of the week."

Tataryn was signed by the New York Rangers in the spring of 1977, making his NHL debut on March 9, 1977 vs the Minnesota North Stars at Madison Square Garden in a 6-4 Rangers win. He played the next night at Boston Garden vs the Bruins and got shelled by 6 goals on 15 shots in the 1st period and was pulled from the game. He was later released by the Rangers.