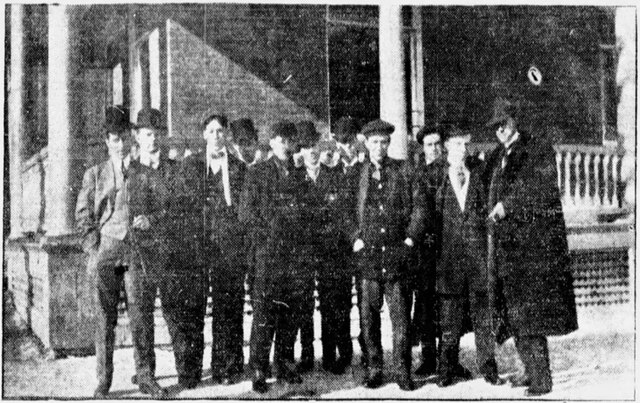 Players from the Montreal Shamrocks and the Cobalt Silver Kings of the National Hockey Association (NHA) in Cobalt, Timiskaming District in March, 1910. Shamrocks won over Cobalt 8 goals to 6 on March 8, 1910.