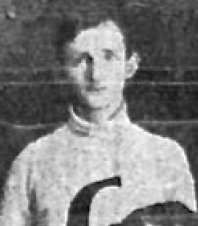 This image of him is from the Clerks Hockey Team 1904, who were City Hockey League Champions 1903-04 Regina, Assiniboia, Northwest Territories (Saskatchewan).