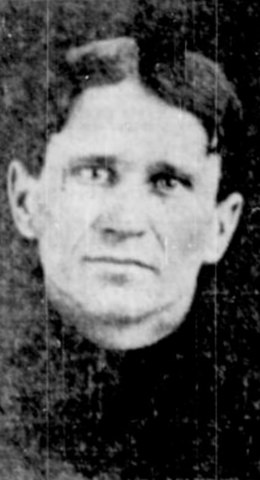 Walter Molisky (1888–1972), center forward on the Regina Seconds, Regina Caps and Regina Victorias. He was a member of the 1914 Allan Cup winning Regina Victorias, defeating the Winnipeg Monarchs and the Grand-Mère H/C.

Polish born Molisky was deaf-mute and in 1907 he played on the Manitoba School for the Deaf hockey team, champions of the Central Juvenile League, where he was a teammate of Jack Ulrich (1887–1953) who would later star as a substitute player in the PCHA (Vancouver Millionaires & Victoria Aristocrats) and the NHA (Montreal Wanderers & Toronto Blueshirts).

From 1908-1911 Molisky played with the Garry Hockey Club in Winnipeg, Manitoba, and from 1911–1923 he experienced a successful amateur career in his hometown of Regina, Saskatchewan.

His two younger brothers Bill (1897–1969) and Johnnie (1900–1932) also played hockey, both on the right wing. Bill played with the Regina Victorias, Regina Pats, Rossland Ramblers, Rossland Miners and Trail Smoke Eaters. Johnnie starred with the Regina Pats in the first Memorial Cup final in 1919 against the University of Toronto Schools, where his side lost over two games by a score of 29 goals to 8.