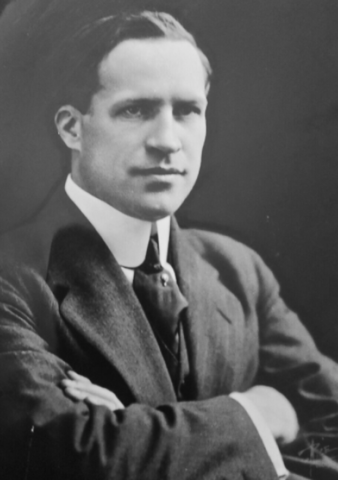 Hern began playing ice Hockey at an early age, playing for school teams in St. Marys and Stratford, Ontario, playing both as a goaltender and a forward.

After his junior playing days, Hern played for Stratford Legionnaires in the Ontario Hockey Association senior / OHA Sr league from 1898 to 1901.

The Western Pennsylvania Hockey League / WPHL was being revived by ex Ottawa Senator Arthur Sixsmith, and he convinced many Canadian players, including Riley Hern to join the WPHL in Pittsburgh for the 1901-02 season.

Hern would become one of the first professionals in ice Hockey history, playing for the Pittsburgh Keystones for 2 seasons, and was named to the Western Pennsylvania Hockey League All-Star First Team, 1901-02. The WPHL is considered the 1st professional Hockey league. Hern also backstopped the Keystones to the 1902 WPHL championship,

Many exhibition games were being played at the time between rival leagues, such as the International Professional Hockey League / IPHL. The more games a player was in, the higher the income.

Hern then joined the Portage Lakes Hockey Club of the International Professional Hockey League / IPHL (IHL) for the 1903-04 season, helping them win the 1904 championship. The Portage Lakes Hockey team considered themselves "World Champions" as during the season they defeated teams from the IPHL, WPHL, Twin City Hockey League (St. Paul) and from Canada, the Montreal Victorias and Montreal Wanderers.

Hern was the recruited by the Montreal Wanderers, who had been playing in the Federal Amateur Hockey League / FAHL, but then helped form the Eastern Canada Amateur Hockey Association / ECAHA, a new league that allowed teams to openly use professional players, along with amateur players too.

Hern backstopped the Wanderers to the ECAHA championship in 1907 and 1908 winning the Arena Cup as champions.

Hern also played in Stanley Cup challenge games vs New Glasgow Cubs in December 1906, and the Kenora Thistles in two challenge series, the first in January, losing both games, and then again in March 1907, winning the 2 game series, winning back the Stanley Cup championship.

NOTE
The 1907 Montreal Wanderers became the 1st team to engrave the players names on the Stanley Cup, which they did inside the bowl of the trophy.

Hern and the Wanderers, as Stanley Cup champions played in the Hod Stuart Benefit All-Star Game vs ECAHA All-Stars, winning 10-7 on January 2, 1908.

The Wanderers, with Hern in goal would win the Stanley Cup championship again in 1908 and 1910.

After the finish of the 1909 season, and new league was formed, the National Hockey Association / NHA, with the Wanderers becoming the 1st champions, winning the new O'Brien Trophy. They were also declared the Stanley Cup champions in 1910 as the NHA champions.

Hern played one final season in 1910-11, finishing his career in a exhibition series played at the St. Nicholas Rink, in New York City and the Boston Arena, in Massachusetts. These games were the very 1st professional games played in Boston.

After retiring as a player, Hern refereed games in the NHA, along with exhibition games and was also a goal judge. He also was involved as a executive in forming other amateur Hockey leagues.

Riley Hern was inducted into the Hockey Hall of Fame in 1963.