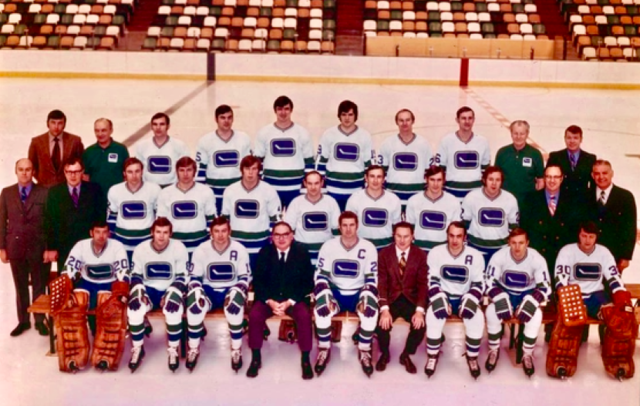 The Vancouver Canucks played their 1st NHL game on October 9, 1970 against the Los Angeles Kings. 3-1 loss.

Barry Wilkins scored the Canucks 1st NHL goal at 2:14 of the 3rd period on Kings goalie Denis DeJordy. Len Lunde, who is not in the first team picture above, assisted on Wilkins goal.