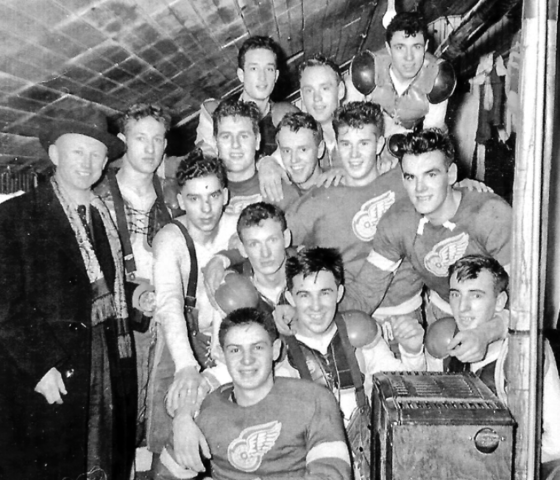 The Galt Red Wings were operated as an affiliate of the NHL Detroit Red Wings, playing from 1944 to 1947 in the OHA Jr. A level.

This photo is most likely late in the 1946-47 season, taken in the locker room the Galt Red Wings were using.