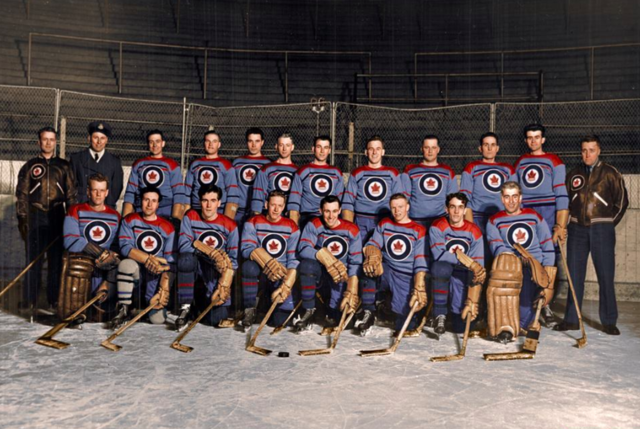 Flying Officer Brooks was selected to carry the Canadian flag for the entire Canadian Olympic team for the opening ceremonies on January 20.

Many of the players on the Royal Canadian Air Force Flyers Hockey team that competed at the Games were Veterans of the Second World War and two were highly decorated. Flying Officer Hubert Brooks held a Military Cross; he had escaped from a German prisoner of war camp and joined the Polish partisans, fighting with them for several months. Flying Officer Frank Dunster held the Distinguished Flying Cross for bringing a crippled Halifax bomber, and its crew, safely back to Allied territory. Leading Aircraftman Roy Forbes had also been shot down and evaded capture, making it back to Allied lines after five months, thanks to the help of the French resistance.

The RCAF Flyers were inducted into the Canadian Armed Forces Sports Hall of Fame in 1971.

The RCAF Flyers team was inducted into the Canadian Olympics Hall of Fame in 2008.