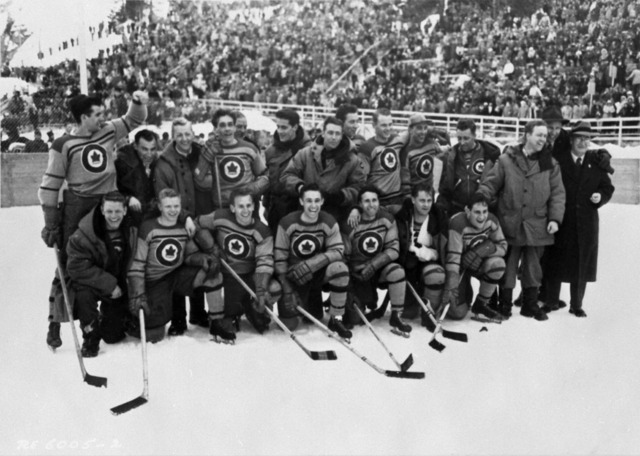 On the final day the Swiss watched the Czechoslovaks beat the Americans dashing their gold medal aspirations, and then lost their opportunity for silver in a loss to Canada, finishing with a bronze.

Many of the players on the Royal Canadian Air Force Flyers hockey team that competed at the Games were Veterans of the war.

The 1948 Royal Canadian Air Force Flyers’ gold medal win was selected as the ‘greatest moment in Canadian Forces sports history’ in 2000 and the team was inducted into the Canadian Olympics Hall of Fame in 2008.