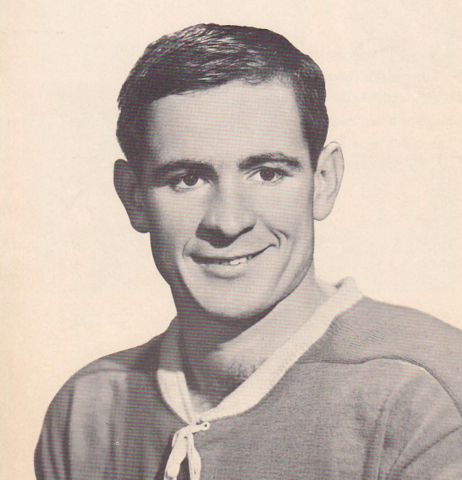 Rousseau started his career with the St. Jean Braves of the Quebec Junior Hockey League in 1955-56 where he led the league in scoring, and won the scoring title with 53 goals and 85 points in 44 games. The next season, Rousseau moved on with the Hull-Ottawa Canadiens. Rousseau helped the team reach the 1957 Memorial Cup finals where they would play against the Guelph Biltmore Mad Hatters. The Canadiens took their opponents to a game 7 where they lost 3-2. This would not deter the Canadiens as they returned to the Memorial Cup again in 1957-58, but this time their coach would be Scotty Bowman. Rousseau and his team won the 1958 Memorial Cup this time as they beat the Regina Pats in 6 games, in one of the most competitive finals in the history of the fabled Cup, Rousseau played with and against many future NHL teammates. The Canadiens and the Regina Pats were both stocked with players destined to play for le bleu, blanc et rouge. The Western Pats featured such future NHL stars as Terry Harper, Bill Hicke and Red Berenson while Rousseau's Hull-Ottawa mates included Jean-Claude Tremblay, captain Ralph Backstrom and Gilles Tremblay.

In 1960-61, Rousseau earned his first chance in the National Hockey League with the Montreal Canadiens. Rousseau played in 15 games earning 3 points with the Canadiens. His style of play earned him a full spot on the roster with the Canadiens next season. He scored 21 goals and had 45 points during his first season, and was awarded the 1962 Calder Memorial Trophy as top rookie in the NHL that year. After winning the Calder, Rousseau had a less productive year as he scored 37 points only. In 1963-64, Rousseau scored 25 goals and had 56 points. Rousseau also had a 5 goal game against the Detroit Red Wings on February 1, 1964.

Montreal was back on top in 1967-68 and 1968-69 with the skillful winger playing a prominent role once again. Following a 24-goal performance in 1969-70, Rousseau was deemed expendable as the Canadiens began to introduce a few younger players into the lineup. He was traded to Minnesota North Stars where he spent the 1970-71 season.