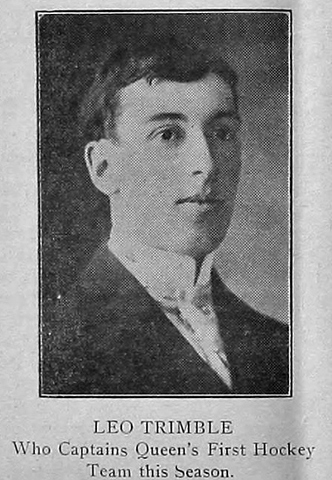 Leo Trimble was from Napanee, Ontario and also played on the Queen's University team in 1909–10 when they held the Allan Cup.