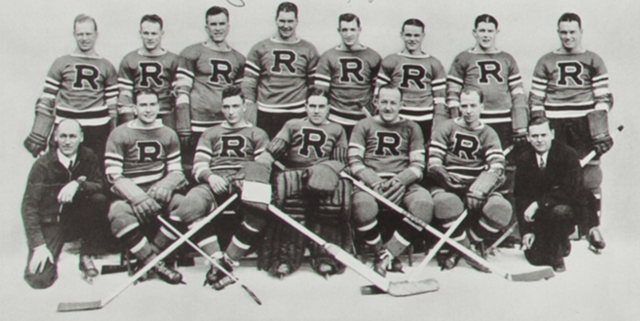 In 1935-36 the seven-year old Can-Am League Philadelphia Arrows were renamed the Ramblers when the franchise became the top farm club of the New York Rangers. With a 27-18-3 record that year it also became the final regular season champion of the stand alone Canadian-American Hockey League / C-AHL, but this time they also brought Philadelphia its first ever professional Hockey play-off title as well when 23-year old goalie Bert Gardiner shut-out of the Providence Reds on the road, 1-0, on April 7, 1936, to take the championship series (3-1) and capture the Frank Fontaine Cup.