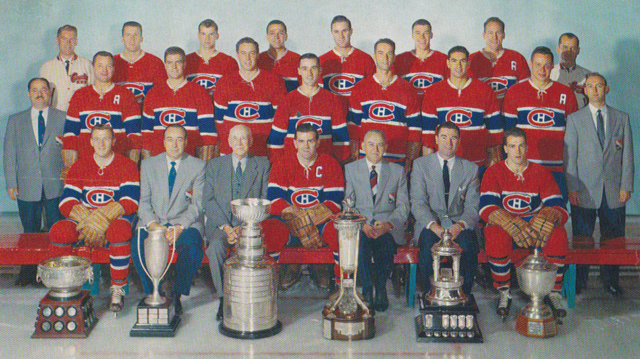 NOTE : Emile "Butch" Bouchard was actual team captain for the 1956 Stanley Cup championship, but played in only the final seconds of the last game during the playoffs due to physical problems. Rocket Richard is seen wearing the "C" in this photo, as he was the new team captain to start the 1956-57 season.