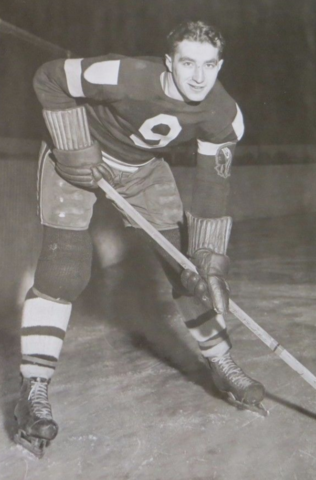 Wycherley played for the Saskatoon Wesleys in 1937-38, then starred as a junior player with the Brandon Elks of the Manitoba Junior Hockey League. He helped the Elks to the 1939 Memorial Cup tournament.

Wycherley made his NHL debut in 1940-41. A free agent signee with the New York Americans, Wycherley played in 26 games in the NHL (4 goals, 9 points) while also spending time in the minors.

In 1941-42 Wycherley played in only 2 NHL games with the Amerks, spending most of his season bouncing around the American Hockey League with the Philadelphia Rockets, Hershey Bears and the Cleveland Barons.