LeRoy Neiman Hockey Painting 1968 "The Blues and the Bruins" 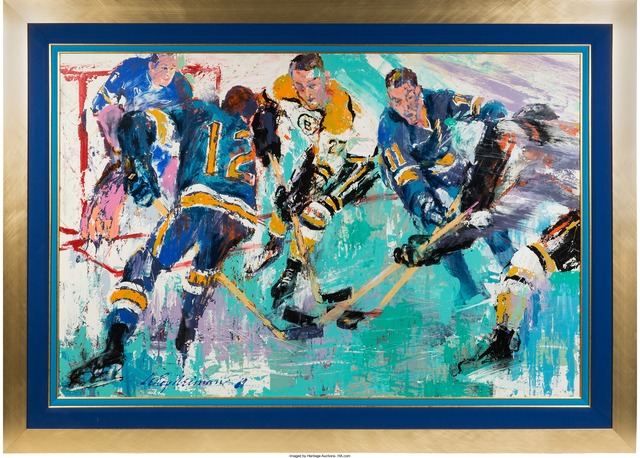 LeRoy Neiman Hockey Painting
1968 "The Blues and the Bruins"

It was the owner of the St. Louis Blues, Robert Wolfson who commissioned this masterpiece from renowned sports artist LeRoy Neiman in 1968.

On the reverse side, Neiman's own hand on verso, he identifies the figures he brings forth in his patented, kinetic style: Blues players Gary Sabourin, Dickie Moore and Glenn Hall and, wearing number "27" for the Boston Bruins, the legendary Bobby Orr.

Orr did wear number "27" for the briefest period of time, during six preseason contests prior to the start of his rookie campaign.