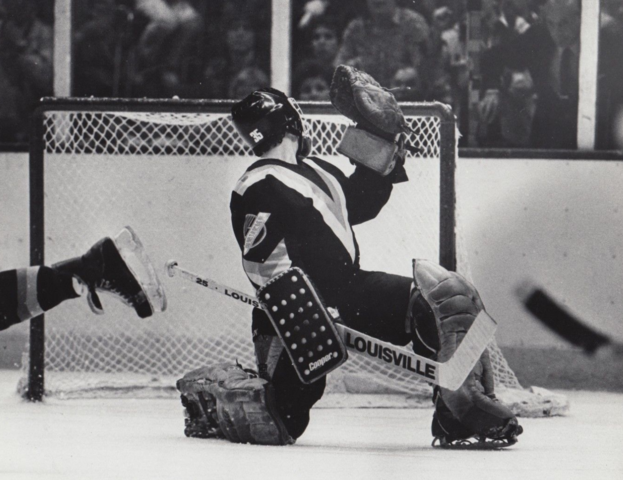 Vancouver Canucks Goaltender Richard Brodeur looks at Mike Bossy's Overtime Winning Goal with 2 seconds remaining in the period, a 6 to 5 loss in 1982 Stanley Cup Finals Game 1 in Uniondale, New York on May 8.

In the dying seconds of the first overtime period, Canucks defenceman Harold Snepsts attempted to clear the puck up the middle of the ice, but it was intercepted by Bossy, who completed his hat trick with two seconds left on the clock to win the game for the Islanders.