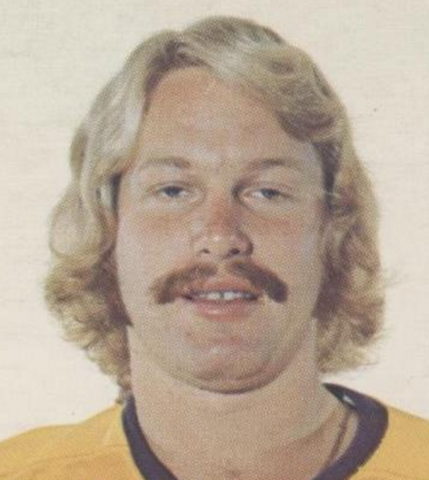 Carr grew up playing Hockey in Nanaimo, British Columbia and then joined the junior A Kelowna Buckeroos when he was just 15 years old. Carr was selected to the BCJHL First All-Star Team in 1969

In 1970 he was the Western Canada Junior Hockey League rookie of the year and in 1971 was on the first all-star team.

Carr only played in 15 games with the Blues before being part of a big trade with the New York Rangers. The Rangers acquired Carr along with Jim Lorentz and Wayne Connelly for Jack Egers, Andre Dupont and Mike Murphy. For the next two seasons Carr was rarely used on the Rangers, although he gained a measure of fame in 1972 when he shadowed and shut down Montreal's Yvan Cournoyer during a playoff series.

Carr played four years with the Rangers and twice made it to the Stanley Cup finals. His speed as a skater was legendary, but a series of injuries unfortunately hampered his career.

Carr was traded to the Los Angeles Kings by the Rangers for Los Angeles' 1st round choice (Ron Duguay) at the 1977 Amateur Draft, February 15, 1974.

Carr however continued to be cast in a minor role, mostly penalty killing. He never found his scoring touch and he never had perfect health. In 212 games with the Kings over some four seasons, he had just 38 goals.

While in Los Angeles, Carr was better known as a friend of The Eagles Glenn Frey than for his on ice accomplishments. Frey sometimes wore Carr's #12 jersey while on stage at concerts and reportedly wrote the song "New Kid In Town" with Carr in mind.

Carr was traded to the Pittsburgh Penguins by Los Angeles with Dave Schultz and Los Angeles' 4th round choice (Shane Pearsall) in the 1978 Amateur Draft for Syl Apps Jr. and Hartland Monahan,

Carr finally got the break he wanted in Pittsburgh. He finished the year as a regular player, and chipped in with 17 goals (plus 2 more previously with LA) and 56 points.

Carr became a free agent at the conclusion of that season and signed on with the Atlanta Flames, and had just 3 goals and 11 points in 30 games, and spent half of the season in the minor leagues.

Carr was forced to retire at age 28 in 1979 because of the back pain that simply wouldn't go away.