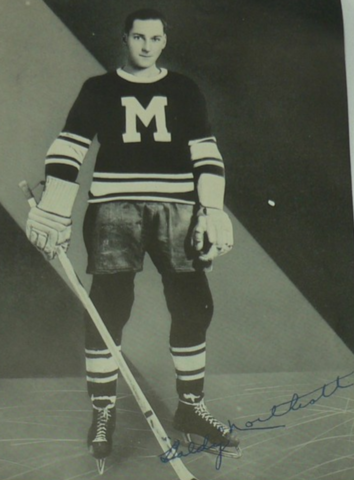 Born in Calgary, Alberta, Northcott went East to play junior with the OHA Brantford Redmen, NOHA's Haileybury YMCA and the North Bay Trappers. He joined the Montreal Maroons for five games in 1928-29 then became a full time teammate the next season.

Northcott reached double figures in goals seven times and was placed on the NHL first All-Star team at left-wing in 1933. Two years later he led all post-season scorers with four goals and five points as the Maroons won the 1935 Stanley Cup. Three of his goals were game winners, including the Cup-clinching winner in game three, 4-1, against the Toronto Maple Leafs.

Northcott put up his most impressive numbers while playing on a line with Jimmy Ward and Hooley Smith.

After the Maroons folded Northcott was traded to the Chicago Black Hawks with Earl Robinson and Russ Blinco for $30,000, September 15, 1938, where he would play his final season in the National Hockey league, retiring at the end of the 1938-39 season.

After he retired, Lawrence "Baldy" Northcott coached the 1941 Winnipeg Rangers to the Memorial Cup championship.