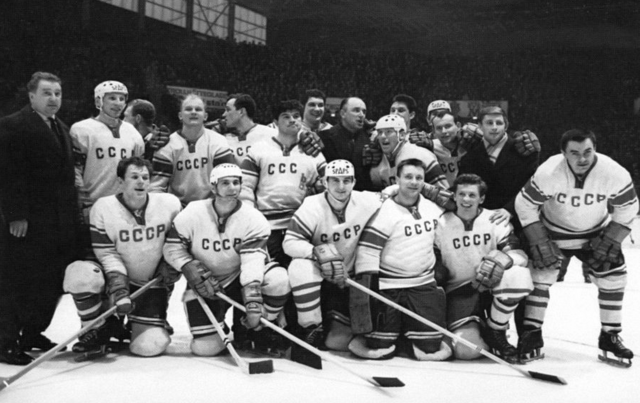 The 1963 World Ice Hockey Championships was the 30th edition of the Ice Hockey World Championships. The tournament was held in Stockholm, Sweden from March 7 to March 17, 1963. The Soviet Union won the tournament for the third time, starting their roll of nine straight championships. For the Soviets it was also their seventh European title. A new tie-breaking method was introduced, if there was a tie for a medal, it would be broken by the goal differential between only the top five placed nations. The Swedes, on the final day had nearly everything possible go against them. If they had won or tied against Czechoslovakia, or if Canada could have won or tied against the Soviets, or if the Americans had beaten the East Germans, they would have been crowned champions. The Czechs propelled themselves past Canada on the final day to capture the Bronze.

The North American entries were historically poor. The Trail Smoke Eaters, representing Canada, finished out of the medals for the first time. It would be the last time that an Allan Cup champion would be selected to represent Canada. The Americans lost to everyone except the two German teams, finishing last. A heavy defeat by Sweden prompted President John F. Kennedy to complain about their performance in a telephone call to David Hackett.