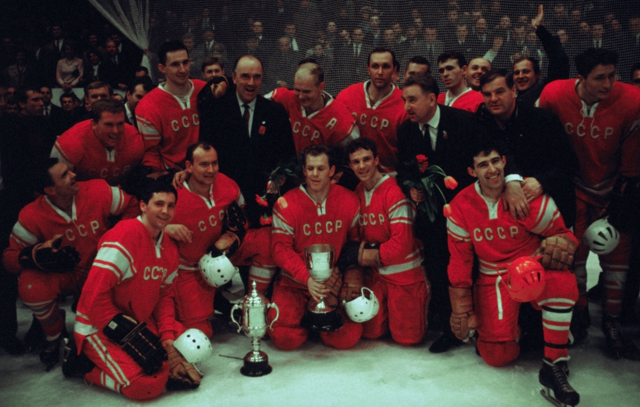 The 1967 World Ice Hockey Championships was the 34th edition of the Ice Hockey World Championships. The tournament was held in Vienna, Austria from March 18 to March 29, 1967. For the fifth straight year, the Soviet Union won the tournament. They won all their games claiming their seventh World championship, and eleventh European. The competition for the other medals was very close, with Sweden, Canada, and Czechoslovakia all being in contention until the end. Sweden defeated Canada on the final day to clinch a medal and claimed Silver when the Czechs lost to the Soviets in the final game. Canada claimed Bronze, losing out to Sweden on the head-to-head tie-breaker. The East Germans handily defeated the West this year, which was believed to have settled who would be relegated. However, starting in 1969, the top tier shrank to only six nations meaning that both German entries ended up being relegated. The tournament also featured an historic first, when Finland defeated Czechoslovakia.