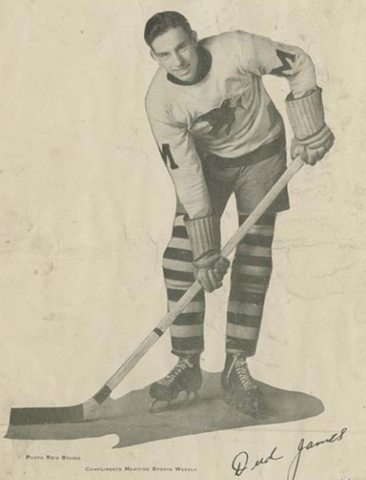 One of the cleverest centremen ever in Moncton’s lengthy Hockey history, Harold (Dud) James started his career in Sunny Brae.

The stick-handling and playmaking wizard was a star with the legendary Moncton Hawks who won Allan Cup national senior championships in 1932-33 and 1933-34.

He was manager of the Moncton Stadium and the Dud James Arena was named in his honor.