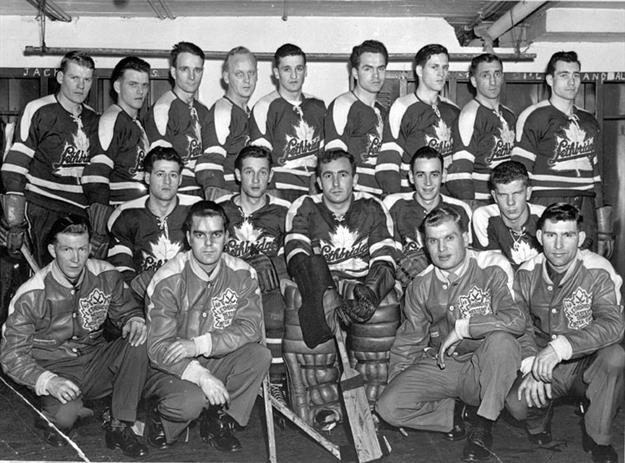 The Maple Leafs were selected to represent Canada at the 1951 World Championships in Paris, France. Coached by Dick Gray, the Maple Leafs won the gold medal, following which they embarked on a European tour. They entered the first Sir Winston Churchill Cup Competition, winning the gold medal. During their European tour, they played 62 games winning 51, tying 4, and losing 7 of them.

Stan Obodiac was the leading scorer of the 1951 World Championship tournament.