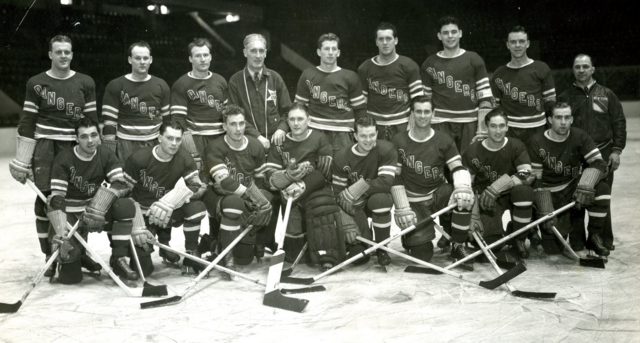 The 1938–39 New York Rangers season was the 13th season for the team in the National Hockey League / NHL. New York finished second in the NHL in regular season points with 58, and qualified for the playoffs. In the league semi-finals, the Rangers lost to the Boston Bruins in seven games