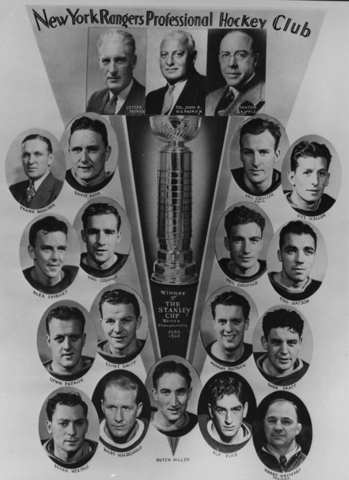 The 1940 Stanley Cup Finals started in Madison Square Garden in New York. The first two games went to the Rangers. In game one the Rangers needed overtime to gain a 1–0 series lead, but they won game two more easily with a 6–2 victory. The series then headed to Toronto where the Maple Leafs won the next two games, tying the series 2–2. In games five and six, the Rangers won in overtime, taking the series four games to two to earn their third Stanley Cup.