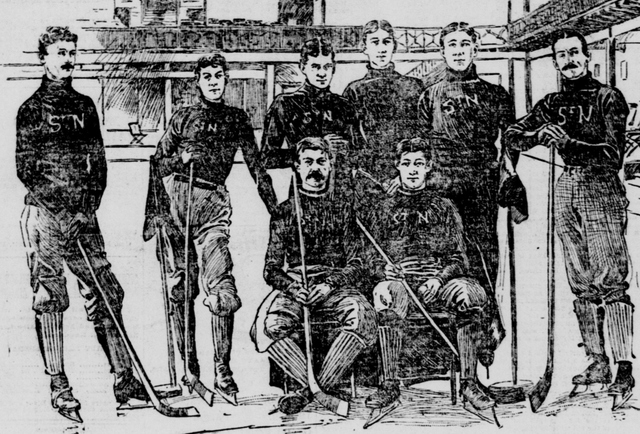 Sketch off of a photograph of the 1896–97 St. Nicholas Hockey Club of the American Amateur Hockey League.

Sourced from The Seattle Post-Intelligencer, January 9, 1898, p. 24. Credited to Unknown.