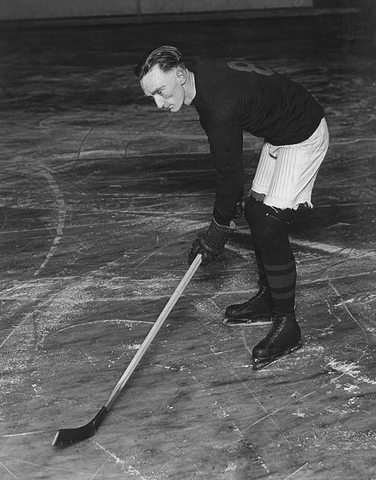 The California Amateur Hockey Association was formed in January 1925 and consisted of the Hollywood Athletic Club, Los Angeles Monarchs and Los Angeles Athletics. A novelty to most sports fans, games drew as many as 3,000. The league was later known as the California Hockey League and the Commercial Hockey League.

The opening of a rink at Melrose and Van Ness in Hollywood, first called the Winter Garden and later the Polar Palace, led to the formation in 1926 of the California Professional Hockey League, which included the Hollywood Millionaires and Los Angeles Richfields. The league fell victim to the Depression and dissolved in 1933.

The first Hockey game played in Los Angeles was held on February 1, 1917 at the Ice Palace, which was located at 1041 N. Broadway. The contest pitted the Los Angeles Athletic Club vs. The University Club. L.A.A.C.'s team of ex-pat Canadians won 7-0. 800 to 1000 fans jammed into the Ice palace to watch the game.

In his game report for the Los Angeles Times, Warde Fowler noted: "No one was killed outright" and "Compared to ice Hockey, the old-time sport of feeding people into a lion's den looks like a drab and uninteresting commonplace. Football, wrestling, prize fighting, etc., are only incidents in a man's early training when he expects to be a demon on the ice."

A league was organized in 1917, composed of teams representing the Los Angeles Athletic Club, Bankers Club, University Club, Athletic Association and Canadian Club. The players comprised men who had Eastern experience in Hockey.