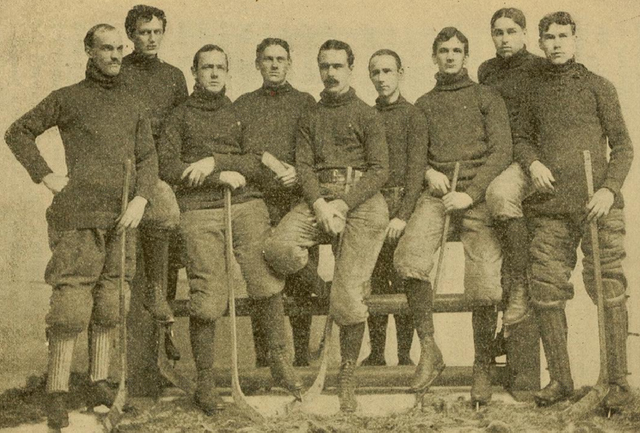 The Yale Men's Ice Hockey team is the oldest existing intercollegiate Ice Hockey program in the United States, the program traces its roots back to 1893.

Yale played its first intercollegiate match on February 1, 1896 against Johns Hopkins University, resulting in a 2-2 tie. This game was also the 1st official organized Ice Hockey game in the United States, where two teams in uniforms competed with rules and a time frame - Malcolm Chace of Yale scored the 1st Goal.