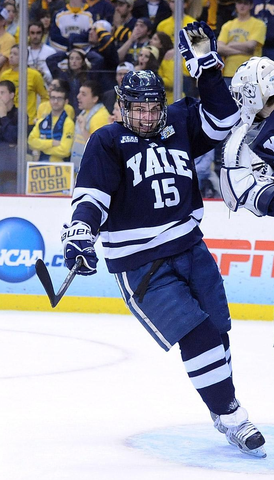 Bourbonais scored what would be the championship goal with 3.5 seconds left in the 2nd period vs Quinnipiac. Here is a link to that goal: http://youtu.be/mfTnEdOWk84

Bourbonais also scored the game winning goal in double overtime of the NAHL national championship game in 2009 when he was playing for the St. Louis Bandits.