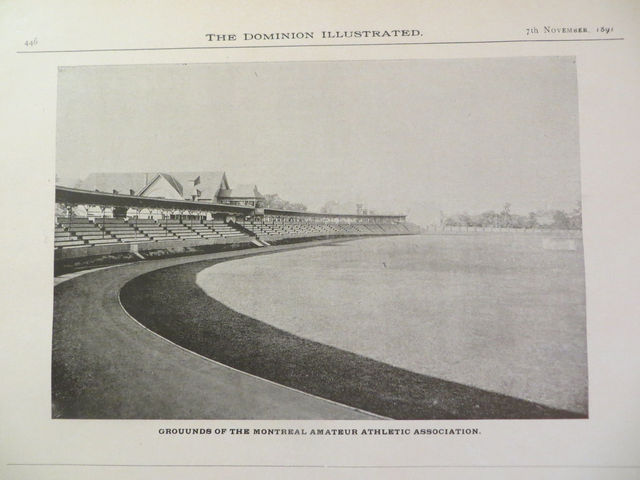 The grounds were purchased in December, 1887, at a cost of $$45,000.
The work of grading commenced in May, 1888, and finished in July.
Fences were put up and a grand stand and club house erected.
A cinder track, three laps to the mile, was laid out, leaving the playing part of the field 600 feet long by 430 feet wide.
The running track was reported to be one of the fastest on the continent. Bicycle racing, track and field, cricket, lacrosse, rugby, tennis and other sporting events took place in the summer. In 1899, it welcomed the World Bicycle Meeting.

The grand stand would accommodate over 3,300 persons.