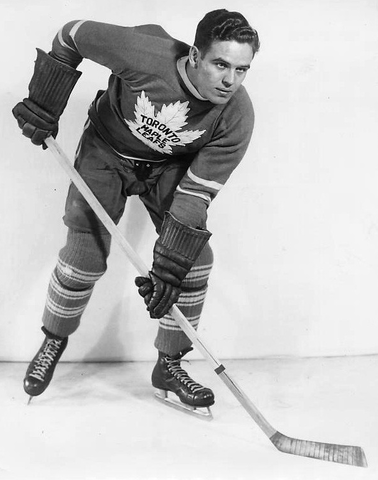 William David Thoms (Born March 5, 1910 in Newmarket, Ontario – Died December 26, 1964 in Toronto, Ontario) was a professional ice Hockey player who played 548 games in the National Hockey League in the 1930s and '40s for the Toronto Maple Leafs, Chicago Black Hawks and Boston Bruins.

Thoms shared the NHL goal-scoring lead with Charlie Conacher in 1935–36. Thoms topped the NHL with 33 goals while playing on a line with Frank Finnigan and Buzz Boll. That spring he led all playoff scorers with five assists while helping the club reach the finals. His fine year was recognized when he was voted on to the NHL second all-star team.