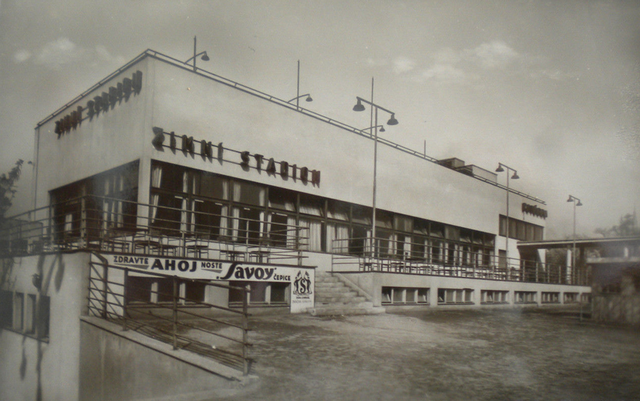 Zimní Stadion Štvanice is situated on Štvanice Island and is ranked among the oldest stadiums in Prague.

The stadium was built in the early 1930s and is entirely made of wood. On 17 January 1931, the first Hockey match on the synthetic ice was played. After this, Štvanice stadium became the Ice skating centre of Prague for 30 years and countless numbers of Hockey-players and figure skaters were brought up there.

The next important date for the Stadium was 11 February 1955. The first televised Hockey match was broadcast on this day.

Today, Štvanice Arena is a national cultural monument and it is protected by the state. But there are still some who call for it to be demolished.