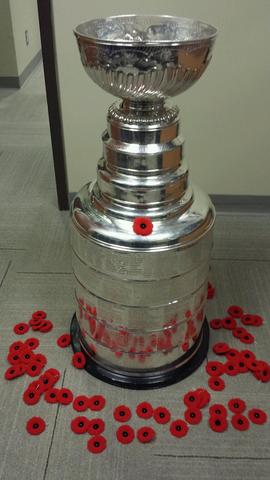 Why we wear Red Poppies
It is generally accepted that the red poppy was first promoted by Moina Michael (an American) and Anna Guerin (a Frenchwoman), two female volunteers with the YMCA during the First World War. Meeting at a YMCA conference in New York City, 1918, and inspired by John McCrae’s poem In Flanders Fields, they decided to encourage wearing a red poppy as a symbol of remembrance for those who were killed in the war. Guerin and Michael promoted the red poppy among veterans’ associations and within two years the British and American Legions had adopted it as an official symbol, spreading throughout the Commonwealth. Primarily a symbol of remembrance, the sale of artificial poppies, often hand-made by disabled veterans, became an important fundraising tool to pay for training and rehabilitation services offered by veterans’ organizations.