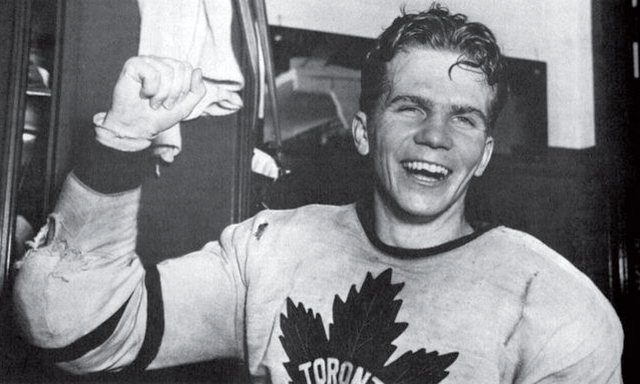 The last goal he scored (in overtime against the Montreal Canadiens' Gerry McNeil in Game 5 of the Stanley Cup final, on April 21, 1951) won the Maple Leafs the Stanley Cup. They did not win another Cup until 1962, the year his body was discovered (11 years later)