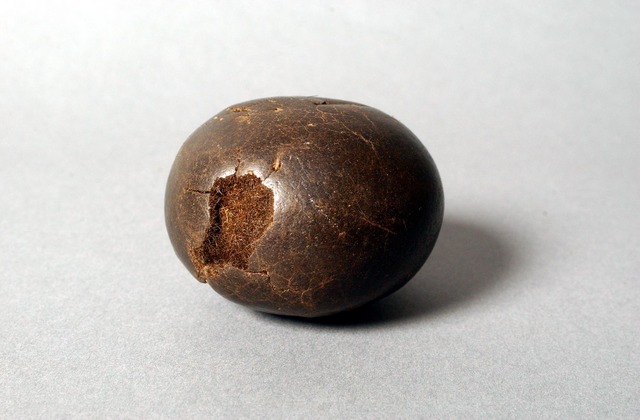 This hurling ball was found in a trench that was being dug for gravel on a farm in Finure, Mullagh about 1980. It is approximately 6.7cm in diameter and its surface is coated with a hard brown shiny substance that resembles leather but is entirely seamless. Analysis by the State Laboratory in 1996 revealed that coating on the surface consists mainly of a bone glue of animal origin. It differs from hair hurling balls, which are well documented and made from the hair of cattle and horse.

They are usually found at considerable depths in bogs with the vast majority of them coming from SW Munster. These balls may have been used in earlier versions of the modern game of hurling.

This ball is unique in that it is seamless and of a type previously unknown, and is thought to be several hundred years old.