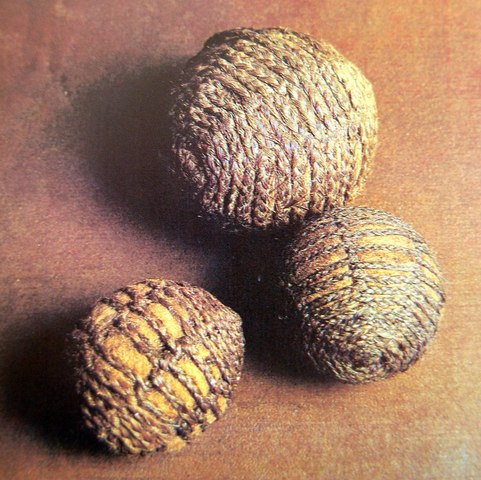 These early sliotars were made from horse or cow hair and often given as gifts by young women to men competing in hurling contests.

In ancient times, the ball would have had a wooden core wrapped in rope and leather, and other combinations of materials included animal hair in the mix. Bronze is often cited as another material that may have been used.

May Day traditionally marked the start of summer hurling and in Kilkenny, women gifted men with new hurling balls on this day.