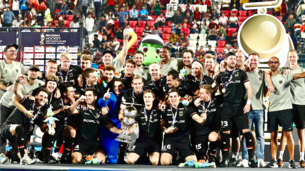 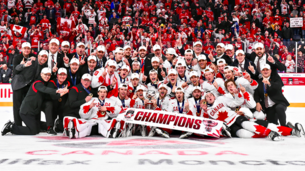 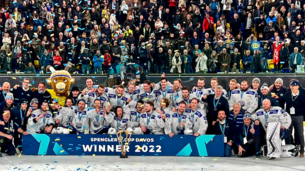 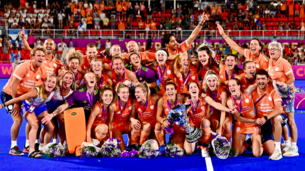 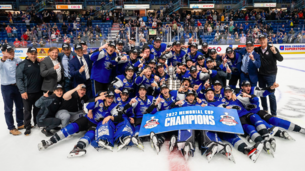 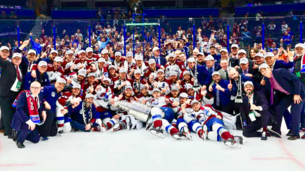 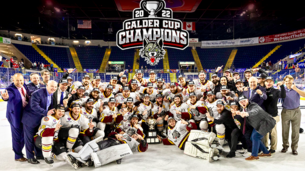 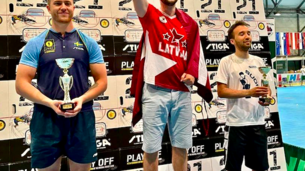 Canada came out with the momentum, holding the U.S. without a shot on goal in the first period, and taking a lead to the intermission after Billy Bridges took a cross-ice feed from Ben Delaney and powered a shot off the blocker of American goaltender Steve Cash and in with 2:54 left in the first.

The United States opened the middle frame with back-to-back chances on the same shift. The first opportunity came when Brody Roybal crossed the blue line and fired a cross-ice pass that Farmer deflected inches wide of the left post before seconds later captain Josh Pauls saw his shot from the blue line gloved aside by Larocque.

The defensive stalemate continued into the final 15 minutes, with Canadian goalie Dominic Larocque calmly turning away the Americans, while Cash did much of the same at his end of the ice.

The U.S. netminder went to the bench with just over a minute to go, and the Canadians came inches from an insurance goal when Rob Armstrong hit the post from just inside the face-off dot.

The Americans quickly went back the other way and a loose puck in front found its way onto the stick of Declan Farmer, who roofed a shot past an outstretched Larocque to make it a 1-1 game with 37.8 seconds left.

The teams entered a 15-minute, four-on-four sudden death overtime period, where Farmer beat Laroque glove-side for the winner at 3:30 of the overtime period.