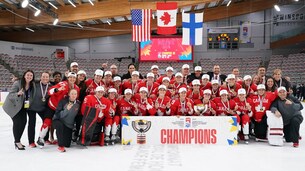 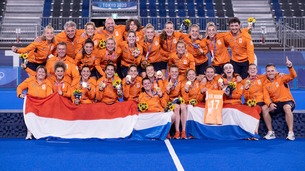 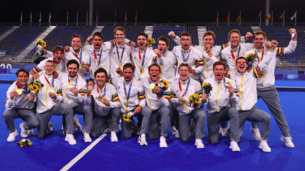 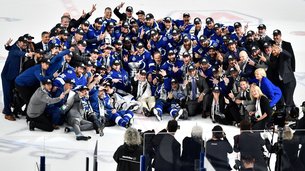 Alexandre Burrows was part of the best club team to play in canadians association's first thirty some odd years, and also won two World Gold medals representing Canada. Two dynasties, one here at home and the other at the World level.

Burrows was the offensive leader on those teams with his partners in offensive excellence Benoit Gilbert and Ian Fontaine. Arguably the best line ever in our sport. Alexandre was the engine that drove that machine to excellence, with his great offensive vision, skill and relentless drive. A leader on both teams Red Lite and Team Canada.

Alexandre gave a lot to ball hockey. His work ethic and passion are legendary. But when it counted the most, with the most on the line Alex delivered what his team needed. A big game changing offensive play, or a great defensive play killing a penalty. Burrows is a great example to all young Canadian hockey players. He gave everything he had to hockey whether it was ice or ball hockey, and worked relentlessly. In the end by giving his all to our sport, he pulled out some of the best traits our sport can provide, hard work ethic, playing under physical duress (endurance), and finally the confidence to know he could do it at the highest level by leading teams to victory at our highest level. He exemplifies what a hockey player should be with his relentless focus.

In the end Alexandre has now set his sights on the biggest prize in Hockey the Stanley Cup!! All of us who saw him play and perform in the sport of ball hockey know he will not stop working until he gets his name on that trophy.

1. What were you earliest recollections of ball hockey?

At a young age, I remember playing street hockey every day after school with my friends or alone. I would shoot hundreds and hundreds of tennis ball in my net while pretending to be my idols that played for the Canadiens. I would also pretend to be in OT of a game 7 and scoring the winning goal to win the Stanley cup.

2. What were your greatest skills and what type of player were you in your mind and for your team in ball hockey?

When I got older around 17, I started playing in some tournaments with my friends and started playing against team that were older and very good. That's where I met my teammates from the Red Lite and formed a team that was called Living Legends. As a player I would be a go to guy, that could score goals but would also be very reliable defensively.

3. You played on the greatest team in ball hockey history the Montreal Red Lite. What was it like to be part of that team?

The Red Lite was formed in 2001 for the Nationals in Vancouver. The Team was half the players from Living Legends and or Quebec rivals the Little Caesars. It was the first national championship for most of us and we had heard lots of good things about this team from Toronto the Midnight Express that had won the previous 5 nationals. Our team Captain Paul Roy had saw them play a few times and said lots of good things about them but he thought we could compete with them. We first played against them in the round robin and after being down 6-4 with 5 minutes to go, we came back and I won 7-6. I scored the winner in the last minute. We met them again in the finals and we wanted to win our first nationals. We knew it wasn't going to be an easy task but we came out real strong and was up 7-0 after the first period. We finally won the game 10-3. After that game our team goal was to beat their record of 5 straight nationals and Red Lite did just that by winning 7 straight. I was part of that team for the first 6.

4. What was your best CBHA Nationals memory?

Where can I begin? Obviously our first national was awesome. After winning in St. John's (2002) and Montreal (2003) we were going to Toronto where Midnight Express were going to give us their best game. After being down 3-0 after the 1st period in the final, our team captains Paul Roy and Mathieu Lebrun got us going with a memorable speech and we came back and won the game 5-3. That was one of the best ball hockey games I have ever been part of. Then the next year we beat Midnight again 5-2 in the final in Calgary to tie their record. The following year back to MTL we beat their record with a 4-3 win. Those were all my best memories

5. You represented your country for two World Championships. What were your memories of wearing the National Team sweater and being part of the National program?

The World Championships were awesome. In 2003 in Sierre Switzerland, 8 Red Lite teammates and I represented our country for the worlds. It was an honour for us to compete with the best in the world. Led by a great coach George Gortsos, we knew we would win gold.
The asphalt surface and the European size surface would fit our game perfectly. Our power play was the best I have ever seen. Every opposition penalty would resolve in a goal for us. It was amazing how we would move the ball around. After a tough win against the Slovaks in the semis 2-1, we were playing our world rivals the Czechs. We succeeded with a6-1 win in front of the biggest ball hockey crowd I have ever seen, 3000 Swiss fans packed to see the best Canadian ball hockey team ever.

Winning both finals in Sierre and Pittsburgh. The Slovaks and Czechs were the toughest teams to play against.

7. How did High Performance Ball Hockey assist you in becoming one of the top hockey players in the World?

Ball hockey was huge for my on ice career. The skill set and cardio u need to have to be a successful ball hockey player were in direct relation with my on ice success. Secondly, the numerous hours playing and competing with some of the best ball hockey players in the world were time where I would improve my all around game and be able to bring on the ice in the winter. Finally, the most important thing is the quality people I met during my ball hockey career. George Gortsos was a mentor for making me understand how hard work could get me where I needed and wanted to go. Paul Roy and Mathieu Lebrun the 2 Red Lite captains taught me that impossible doesn't exist.
They would set standards and marks that the majority of people would think they were crazy but by working and improving everyday would be possible. And then My 2 line mates Ben Gilbert and Ian Fontaine are the 2 players that I spent all this time with. My 6 National and 2 World Championships were alongside those two guys. All the practice, all the games we had success wouldn't had been possible without those two.