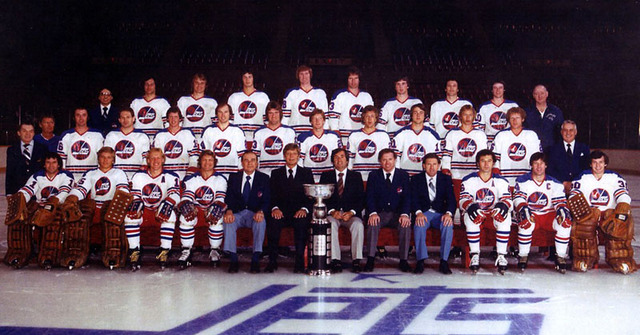 The Jets were an offensive powerhouse as they scored an incredible 381 goals as four players (Bobby Hull, Anders Hedberg, Ulf Nilsson, and Rookie of the Year Kent Nilsson) topped the 100-point mark. Hedberg would make history scoring 50 goals in 47 games to top the record set by Hull and Maurice Richard. Powered by the offensive explosion the Jets would finish atop the WHA with a solid 50-28-2 record. In the playoffs the Jets would knock off the Birmingham Bulls to reach their third straight WHA AVCO Cup Final. In the finals the Jets would continue to dominate as they won their second AVCO Cup in three years by sweeping the New England Whalers in four straight games