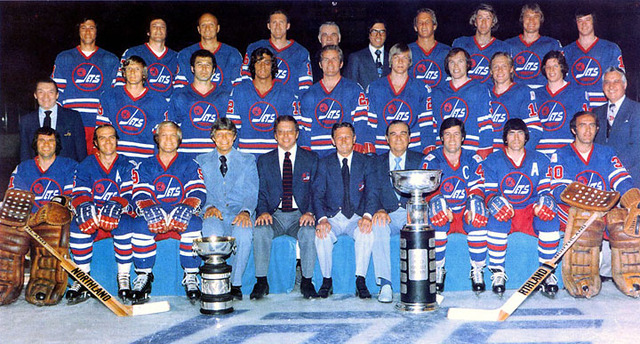 The Jets came flying out of the gate as Bobby Hull, Anders Hedberg and Ulf Nilsson all top the 100-point mark on the season on the way to capturing the Canadian Division with a solid record of 52-27-2. After a first round bye the Jets would dominate the Edmonton Oilers sweeping them in four straight games to reach the semifinals, where they would lasso the Calgary Cowboys in five games. In the AVCO Cup Finals the Jets would again dominate sweeping the two time defending Champion Houston Aeros led by Gordie Howe in four straight games to claim their first ever WHA Championship, closing the series out with a dominating 9-1 win on May 27th