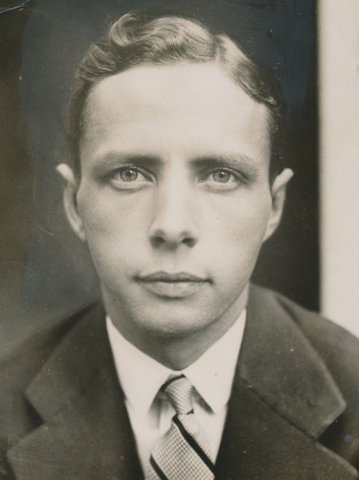 Foster William Hewitt, OC - Born November 21, 1902 in Toronto, Ontario – Died April 21, 1985 in Scarborough, Ontario was a Canadian radio broadcaster most famous for his play-by-play calls for Hockey Night in Canada.

Hewitt was part of the opening night ceremonies for Maple Leaf Gardens in November 1931, and the broadcast gondola where Hewitt would broadcast from was brought into the plans with his input, and the blessings of then Maple Leafs owner Conn Smythe.