Roller Hockey - Quad Hockey - Rink Hockey - Hardball Hockey is a team sport that enjoys significant popularity in a number of Latin countries. Roller Hockey was a demonstration rollersport in the 1992 Summer Olympics in Barcelona. There have been many world championships, Latin countries dominating the sport since the 1940s: Portugal (15 World titles), Spain (15 World titles), Italy (4 World titles) and Argentina (4 World titles). Other countries, such as France, Brazil, Germany, Switzerland, Andorra and England are regular international competitors, but rarely overcome the traditional powers.

Two five-man teams (four skaters and one goalkeeper) try to drive the ball with their sticks into the opponents' goal. The ball can only be put in motion by a stick. The game has two 25-minute halves (for adults), with the clock stopping when the ball becomes dead. Each team has a one-minute timeout in each half. Each team has a minimum of six players (a backup goalie is required) and a maximum of ten.

The rink has usually a polished wooden surface, but any flat, non-abrasive and non-slippery material such as treated cement is acceptable. Likewise, it is allowed for rink owners to put advertisements in the playing area, as long as they don't interfere with ball or skate motion,

It can have one out of three standard sizes (a minimum of 34x17 meters, an average of 40x20 and a maximum of 44x22) or any size between the minimum and maximum values that has a 2:1 size ratio with a 10% margin of error.

The rink has rounded corners (1 m radius) and is surrounded by a 1 m wall. The wall also has a wooden base 2 cm wide and at least 20 cm high. Behind the goals there is a 4 m high net, even if there are no stands (to avoid the ball bouncing back from a wall and hitting a player). If the ball hits the net, it's considered to be out of bounds.

The markings are simple. The halfway line divides the rink into halves, and 22 m from the end wall an "anti-play" line is painted. The area is a 9 X 5.40 m rectangle, placed from 2.7 to 3.3 m ahead of the end table. It has a protection area for goalkeepers, a half-circle with 1.5 m radius. All markings are 8 cm in width. The goal (painted in fluorescent orange) is 105 cm high by 170 cm wide. Inside the goal there is a thick net and a bar close to ground to trap the ball inside (before, two extra referees stayed behind the goal to judge goal decisions), and 92 cm deep. While not attached to the ground, it is extremely heavy to prevent movement.

Sticks are different for skaters and goalkeepers. They can be of any material approved by the CIRH (although wooden sticks are still most often used), with a minimum length of 90 cm and maximum of 115 cm. They cannot be wider than 5 cm or weigh over 500 g.

The ball is made of vulcanized rubber, has a 23 cm in circumference, and weighs 155 g.

The skates must have two pairs of wheels, with a minimum diameter of 3 cm. Players are allowed to use brakes in the front of the skate, with a diameter or larger side not larger than 5 cm.

Goalkeepers (or netminders) use protective padding on the torso (plus shoulders) (the maximum amount is being regulated, since, as in ice hockey, many goalkeepers have been using massive protection to make them larger and broader), neck guard, large shin guards (not longer than 75 cm), gloves protecting the whole forearm and a helmet with either a grid or unbreakable transparent material. Unlike the Roller Hockey (Inline) Goalie who uses a Catch Glove to catch the shot on goal, the Roller hockey (Quad) Goalie uses a flat batting glove that provides rebound characteristics when blocking a shot on goal. 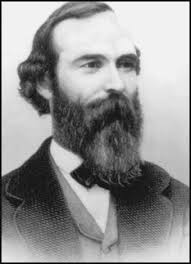 In January 1863, James Leonard Plimpton a businessman from Massachusetts, invented a roller skate that could turn. The first Roller Hockey / Roller Polo game played in California was on November 5, 1906 at the Dreamland Skating Rink, between the Los Angeles Angels and a team from Long Beach. The Angels won the game 6 to 2.

The first World Championships in Roller Hockey were held in 1936 in Stuttgart, Germany. Rink Hockey as it was called in Europe was not organized by the RSROA in the United States until 1959 and named Roller Hockey. The sport debuted at the US National Championships in 1961. The Pan American Games introduced roller skating as a sport in 1979 and debuted roller Hockey the same year. It was one of the Pan American Games sports in 1979, 1987, 1991 and 1995. It has since been discontinued. Roller Hockey was present as an exhibition sport at the 1992 Summer Olympics in Barcelona, Spain.