Sydney Crosby Awarded The Order of Nova Scotia in 2008 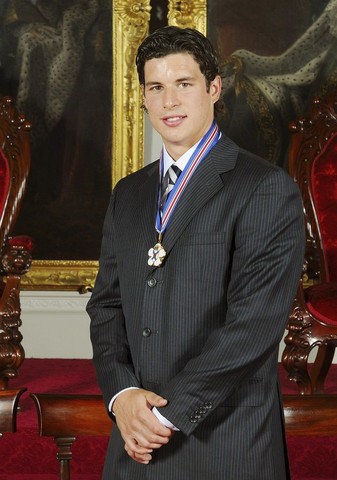 Sydney Crosby is the youngest recipient (age 21), who will be awarded the honor at a ceremony held at the Province House in Halifax on October 8, 2008. Sidney Crosby was named a recipient of the Order of Nova Scotia last September, but was unable to attend the investiture ceremony in October due to his busy schedule. He was finally presented with the medallion last Tuesday, August 18, 2009, in the Red Chamber of the Province House.
"It’s special," he said after the private ceremony. "Hockey has taken me elsewhere outside the province, but I have family and friends back here and every time I get the opportunity, I’m proud to say I’m from here and Cole Harbour, so it means a lot to be recognized like this."