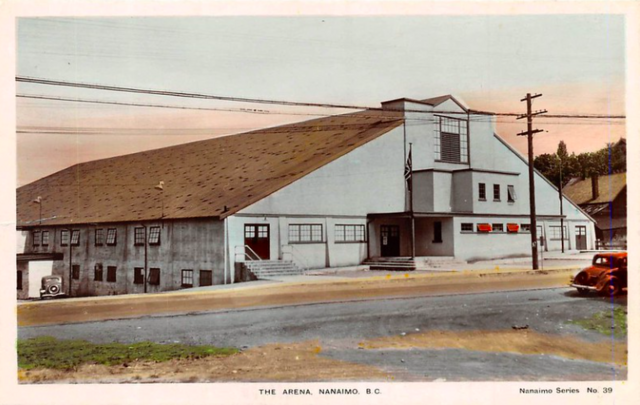 Built and opened in 1940, the Nanaimo Civic Arena originally had seating accommodation for 2,000. The capacity was later reduced to 1,600 when the benches at the top were removed.

The Nanaimo Clippers Hockey team was the first team to play out of Civic Arena. They debuted for the 1940-41 BCHL season.
The Clippers won the Coy Cup in 1941 and 1942.....their only championships.

On September 23, 1986. In a preseason game, the Vancouver Canucks defeated the Los Angeles Kings 6-5 at Nanaimo Civic Arena.

Princess Elizabeth and Prince Philip visited Nanaimo in 1951 during their Canadian Tour, and attended a public event at the Civic Arena.