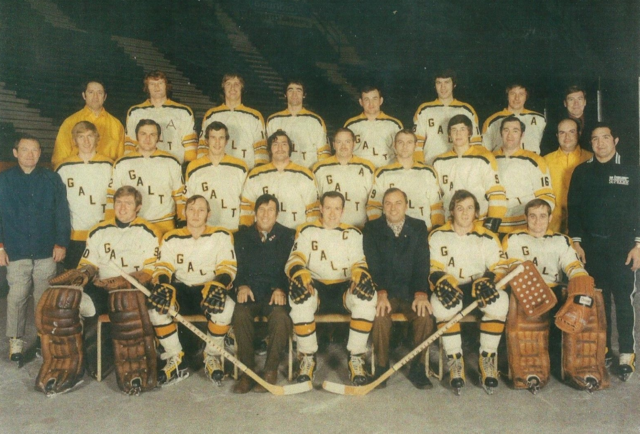 Canada's representatives for the International Ahearne Cup Championships at Stockholm Sweden. Photo taken at team practice in the morning before Championship game against Russia. Russia won game 7-4 to win the Championship.