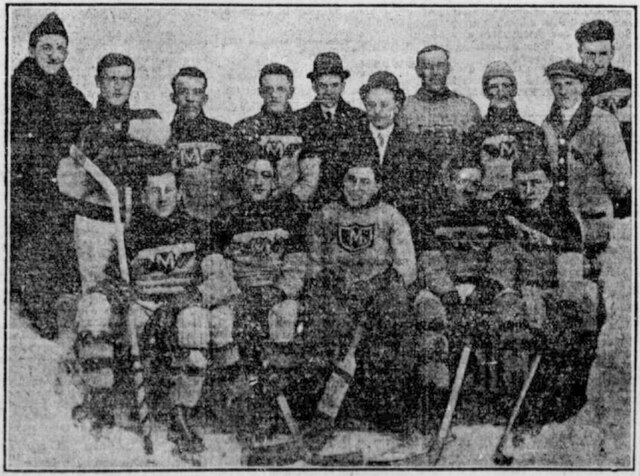 Quebec Montagnais of the Quebec City Hockey League (QCHL) in 1915–16.

When the team withdrew 6 games into the 1915–16 season it had the 2nd best record in the QCHL behind the Quebec Sons of Ireland.

Ernest Savard, who would purchase the Montreal Canadiens in 1935 and act as General Manager of the Canadiens for the 1935–36 season, played on the team.