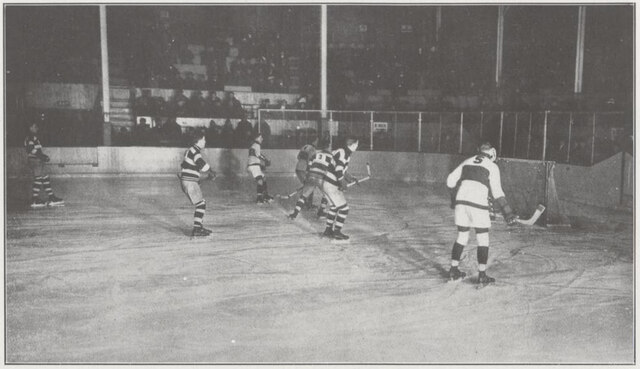 National Hockey Association (NHA) game between the Montreal Wanderers and Ottawa Senators during the 1911–12 season, flashlight photo by A. A. Chesterfield.

February 10, 1912 issue of the weekly Montreal pictorial The Standard claims that the photograph is "the first action flashlight photograph ever taken of a hockey match."